As announced, a group bike ride took place on Sunday 29th July with two objectives: to protest the closure of the towpath next to the Olympics and to highlight how dangerous the alternative route proposed by LOGOC is.

The event started off with a picnic at midday, which the rain delayed.

As the picnic took place, we saw a boat that “was” allowed to go through the restricted portion of the canal, as a security boat opened the blockage for it.

Police on bikes followed/accompanied/escorted us for most of the day. As we set off, we paid a visit to the local vicar, who has been very supportive of the campaign to open the closed-off towpath.

We followed the route as suggested by LOGOC all the way down to the A11. On doing that we got lost in two places, due to lack of signage, but we found the way again and we ended up on route, between the stations of Bow Road and Bow Church.

Then because on the A11 the route indicates to turn right then left, but we decided that would not be safe enough so we went straight along the main road. The police made it safe by stopping the traffic and directing the ride to the empty fly-over, avoiding the Bow roundabout. This roundabout is included in the route recommended by LOGOC, despite having been the scene of so many cyclists‘ deaths, Transport for London admitted it was impossible to make it safe for bikes.

The police presence ended at an almost-empy olympics bike park and from there, the ride decided to go back to the starting point, this time trying to strictly follow the recommended bike route. 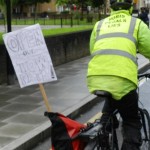 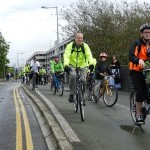 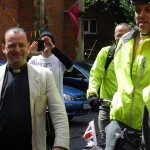 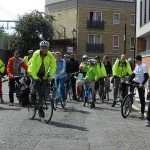 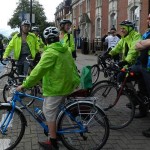 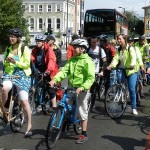 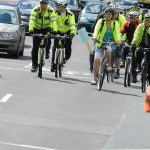 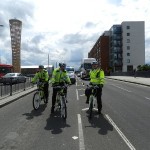 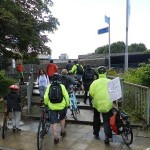 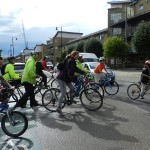 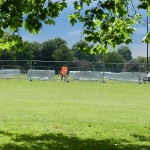 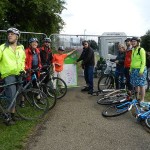